Michelle Yeoh Looks Back at ‘Crazy Rich Asians,’ Being a Bond Girl and Dangerous ‘Supercop’ Stunts

As Michelle Yeoh basks in the success of “Everything Everywhere All At Once,” she ponders for a moment a world where “Crazy Rich Asians” wasn’t a huge box office success. “What if it didn’t work?” she asks.

Jon M. Chu’s 2018 film was one of the first films in 25 years to feature an all-Asian cast. Yeoh starred alongside Awkwafina, Ken Jeong and Ronny Chieng. The film grossed over $200 million at the box office.

As she reflects on the film’s success, on the occasion of Asian American Pacific Islander Month, Yeoh looks at how it opened the door for her fellow castmates to shine a spotlight on their comedy careers. The actor sat down with Variety to reflect on some of the highlights across her expansive career. She also talks about her upcoming voice work for the new “Minions: The Rise of Gru.”

“It was a big moment for us, but looking back, what if it didn’t work? Would it have set our community back many years? A lot was riding on the success of the film, and a lot of Asian leading roles would not have been greenlit. Because that’s showbiz.

“Fortunately, it was about great storytelling, and Jon did an amazing job of telling this story, which was so relatable and transcends just Asian casts. It sets up the tone that shows that people do love to see leading Asian men and women and to hear their experiences. So, it did change a lot of things.

“When I look around, I see Ronnie (Chieng), Jimmy O. Yang and everybody having their moment with their standup comedy shows. And to see them be respected and loved for what they have been trying to do so well for so long, but not given the same kind of accolades, as they now so rightly deserve, it’s so great.

“We can’t afford to go backward in time.” 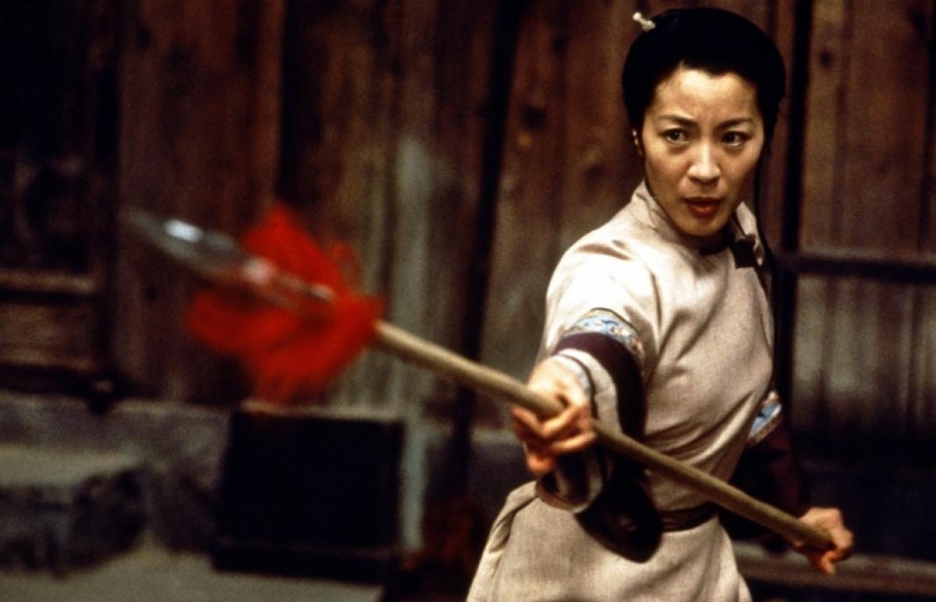 “That didn’t present itself as a film for Asian representation on screen, it was regarded as a foreign film. We had a lot of accolades and it got a lot of Oscar nominations, but none of the actors were ever acknowledged. At least for our culture, it was appreciated and loved around the world.

It changed this whole concept that Americans don’t read subtitles because when we were doing the film, they were like, ‘No, you should do it in English then you’ll have a better reach of audience.’ But to do it in English was just wrong.”

To this day, Yeoh’s appearance as a Bond girl in 1997’s “Tomorrow Never Dies” was a significant moment, not just for the Bond franchise but for Yeoh. As the spy Wai Lin, Yeoh heralded a step forward for women in Bond films, who started to have more power. Yeoh starred opposite Pierce Brosnan and went toe-to-toe with 007.

“Come on, to be a Bond girl! The best memory I have was upon entering the U.K. [to start work on the film]. When you’re going through immigration, the officers who have been sitting there all day, this whole time, ask the normal question, ‘So, what are you doing here?’ I said, ‘Oh, I’m going to be working.’ He asked me, ‘What are you working on?’ I said, ‘I’m going to be in the next James Bond movie.’ And he gasped and said, ‘Welcome to England.’ If you think about it, he, Bond, is so loved. Remember when the Queen met James Bond? So, it’s very precious and special to be a part of such an iconic legacy.”

“I remembered dubbing it into English language and thinking, ‘What was I thinking?’ The stunts I did were insane. The stunts that I did for that film…it’s amazing I’m still sitting here.

“So many things could have gone wrong. Well, one of the stunts did go wrong. Jackie Chan said, ‘We’re not doing this stunt anymore.’ I had rolled off a van onto his convertible and the glass didn’t break. There was no place to hold onto, and I just slid off the bonnet of the car. I remember landing with a thud. I remember Jackie saying, ‘Are you okay?’ Stop it. No more filming.’

“Stanley Tong was the director, and I had trained with him over the years. He came up to me and knelt beside me. He asked, ‘What do you think?’ I said, ‘Let’s go again.’ When you’re in Hong Kong, we don’t really rehearse. We get there. We just do it because they’re thinking ‘Why rehearse this stunt, why don’t we just shoot it? If you rehearse, you’re going to be doing it anyway.

“With no rehearsal, you don’t really know what is the real movement? When you look at it, it’s you’re standing on the van, it’s okay. It’s a 656-foot roll off. It’s not difficult, technically. It’s just insane. I could have broken my neck. So, we turned the car around. But this time, I knew the timing, and I understood how it was done. We did it on the second take.

“Watching the movie now and seeing myself swinging at the side of the fence…never again.”

In the upcoming “Minions: The Rise of Gru,” Yeoh voices the character of Master Chow. The film follows the events of the first film, and the supervillians known as the Vicious 6 take center stage.

“I act it all out. You can’t just make the sounds, it doesn’t work. You’re mimicking the moves. It’s hysterical to watch because you’re standing there by yourself with the big headset. I don’t like the sound of my voice. I think I have a very horrible husky voice. If I’m in the hotel and I call down for breakfast. People say, ‘Yes, Mr. Yeoh.’ I am actually enjoying it a lot. When you’re doing voiceovers, they ask if you could do it with a little bit more anger, so it’s a lot of fun. Especially in the beginning when you’re exploring the character and you help mold it. It also helps to have great directors involved.”