“Moon Knight” has taken off with critics and superhero fans around the globe, raking in enormous numbers for Disney+ and Marvel Studios. As a result, the two studios are gearing up for a hardy Emmys campaign with the show in the limited series categories, especially following the success of “WandaVision,” which co-led the tally for all series with 23 nominations (winning three) last year. However, a tweet shared from Marvel Studios’ official Twitter account could throw a potential wrench in their campaign.

Created by Jeremy Slater, the entire promotional tour for “Moon Knight” had the two major studios referring to the show as a “limited series,” with the presumption this would be a standalone television outing for the Marvel Comics character. However, on Monday, Marvel’s official Twitter page shared the trailer for today’s final episode, referring to it as “the epic series finale,” but the tweet was taken down and 14 minutes later corrected to “season finale.” The tweet indicates a possibility for a second season for the Oscar Isaac starring vehicle, but no official plans have been shared. 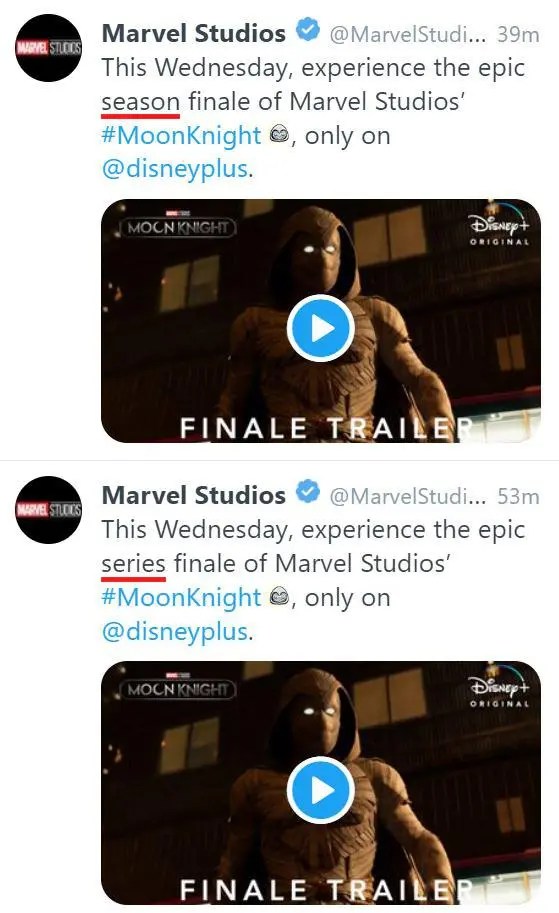 The social “blip” could trigger the Television Academy to reject the submission for “Moon Knight” in the limited series categories, which would force a switch to the drama races. Once a network submits, the TV Academy can reject it and cite previous marketing materials, including social media, stories and interviews. Although fans would cheerfully welcome another outing of Isaac as Marc Spector/Steven Grant/Mr. Knight/Moon Knight, the Emmys have proactively been trying to overhaul the category and close loopholes for shows seemingly taking advantage of the rules.

In 2017, HBO’s “Big Little Lies” dominated with eight Emmys in the limited series categories. However, after its awards run, a second season was announced, forcing the show to move to the drama races for its sophomore outing in 2019. PBS’ “Downton Abbey” won six Emmys in 2011 in the limited categories, including outstanding miniseries or movie. Still, its continuing story forced the shift to drama, where it didn’t perform as well.

According to the Academy’s rules, the criteria to compete in limited series reads: “The program must tell a complete, non-recurring story, and not have an ongoing storyline or main characters in subsequent seasons.” In April, Variety exclusively reported Disney’s initial plans to submit another MCU vehicle, “Loki,” in limited before axing it due to the post-credits reveal for a second season.

Currently, the superhero studio goliath is submitting “Moon Knight” in the limited categories alongside “Hawkeye,” the six-episode spinoff starring Jeremy Renner, which has not announced a second season as of yet, following its conclusion in December. 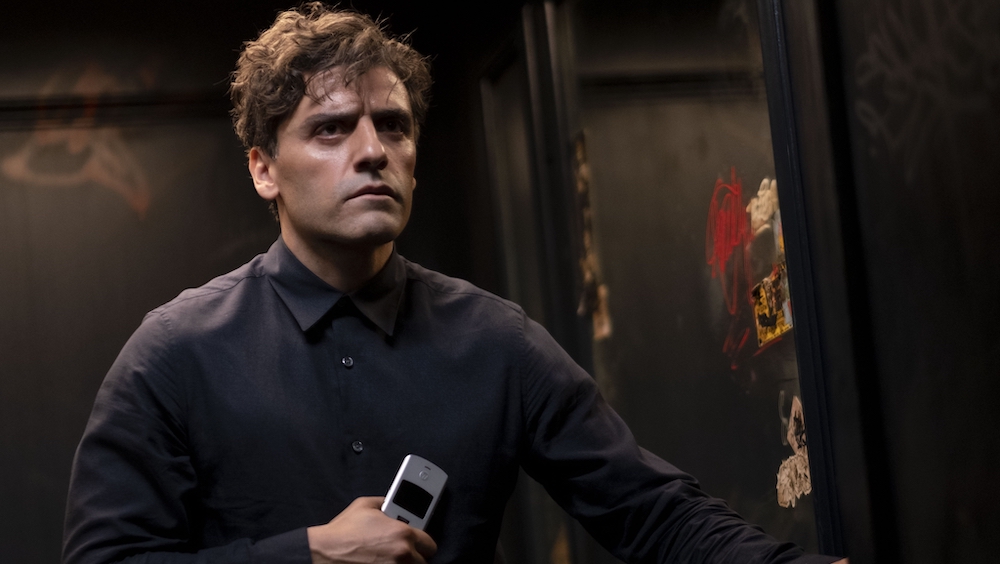 For star Oscar Isaac, either outcome will keep him in the Emmy conversation in a tangible way. Also serving as one of the show’s executive producers, the 43-year-old has four shots at Emmy love this year. In addition to “Moon Knight,” he’s the lead and one of the executive producers in HBO’s remake of the 1973 Swedish miniseries “Scenes From a Marriage” alongside recent Oscar-winner Jessica Chastain. However, the raw passion brought to his portrayal of Jonathan, a husband who confronts the pitfalls of his marriage, could be the more “awards-friendly” vehicle. With an Emmy snub under his belt for 2015’s “Show Me a Hero,” if the Academy does call “foul” on “Moon’s” submission, Isaac’s nomination chances could increase significantly, avoiding a possible vote-split.

The deadline for entering programs for Primetime Emmy consideration is May 12.

The current Emmy predictions for outstanding limited or anthology series are below. The full rankings can be found on Variety Awards Circuit prediction pages and are updated every Thursday.